DeMurma “De” Johnson has served as the bookkeeper in the Rock Church office for the past 18 years as well as Office Administrator for five years.  De and her husband, Ed, have been active members of Rock Church for 23 years.  During that time, De has been a member of the Rock Choir, a Women’s Ministry Leader, and served as Treasurer for Jubilee Ladies.  She has also been active in assisting her husband in Youth Ministry when he served as Youth Pastor at Rock Church.  De is a native of Columbus, Ohio, and has 4 adult children and 3 grandchildren.

Shirley joined Rock Church in the summer of 2010 where she immediately became involved in the Women’s Ministry.   In August, one month after joining, Shirley taught at the previously scheduled Women’s Conference.  She has since been involved in the Jubilee Ministry and teaches a Discipleship Class with her husband.  In addition, she leads a bible study group for Bible Study Fellowship on a weekly basis at a neighboring church.

Shirley is an accomplished financial professional with over forty years’ experience working with both profit and non-profit institutions.  Her focus for the past twenty-five years has been noon profit organizations like churches.  She has been the Business Manager at Greenspoint Baptist Church in Houston and now the Business Manager at Rock Church.  Her ministry work includes membership and participation in Prayer Ministries, vacation bible schools, teaching bible studies, teaching Sunday School, and Children’s Ministries.  Shirley and her husband are owners and Directors of Zach’s House Ministries, a non-profit organization whose mission is to provide a place of solitude to those who are in need of getting alone with God.  They also direct the Dollar Bill Ministry where every Christmas season the two of them distribute coats, gloves, hats, and toiletries to the homeless in the Chicago Loop. 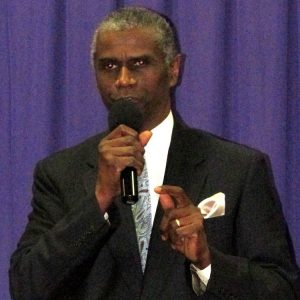 Pastor Cliff and his wife, Shirley, joined Rock Church in July of 2010 and he has served in a variety of capacities since that time. He served four years, 2012 to 2016, as chair of the Elder Board after joining the Elders in 2011. He and his wife teach a weekly Discipleship class and on occasion substitute in Adult Sunday School. He has professionally led a technology business segment for a systems integration firm, been an entrepreneur owning both a printing firm and a technology consulting firm, been a Director of consulting activities for a software company, and Senior Director of operations for the Americas services business unit for the same software company. His ministry work includes teaching Bible study, Vacation Bible School, and Sunday School. He has chaired a Pastor Search committee, a rewrite of the church constitution, and the Prayer Ministry. He has been actively engaged in Men’s Ministry, small group studies, and church leadership. Pastor Cliff and his wife are owners and Directors of the Dollar Bill Ministry where for the last 22 Christmas seasons he and Shirley have distributed coats, gloves, hats, and toiletries to the homeless in the Chicago Loop. He has authored and published a novel, ‘The Shade of Wisdom’, which chronicles the life of a prophet and the milestones that led to his calling. Pastor Cliff has mentored young men and played integral roles in the development and nurturing of multiple men’s groups. He is currently pursuing a Master’s Degree in Spiritual Formation and Discipleship from the Moody Theological Seminary.
He and his wife have three children, twelve grandchildren, and five great-grandchildren. 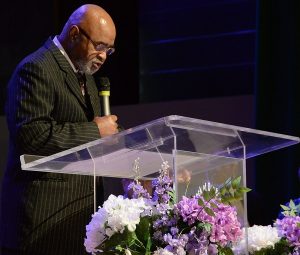 Pastor Willie went to grade school, high school, and college in Chicago. He worked as a Chaplain for Circle Rock Prep School/Circle Urban Ministries and as Pastor at Greater Union Baptist Church. Upon retirement, he returned to Rock Church where he has served as Chairman of the Elder Board and right-hand-man for Pastor Stevenson.
He and his wife, Linda, live in the Austin neighborhood. 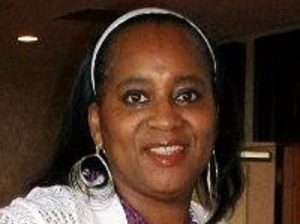 Minister Sheila Anderson was born and raised in Chicago. She joined Rock Church in 1987. In 1988 she was hired by Rock Church as the part-time Fiscal Manager where she served until 1991 when she moved her family to Nebraska. She also worked part time at Circle Urban Ministries as the Fiscal Manager for their shelter program.

As a member, she served as a Sunday School teacher and choir member. She was instrumental in the formation of the Children’s Church ministry at Rock Church. She also helped with the Children’s Choir. For several years, she was the Praise and Worship Leader for the Rock/Circle Chapel services.

In the summer of 1997, she was offered a job at Circle/Rock Prep School. So, she moved back to Chicago and returned to Rock Church. Over the years, she has been involved with the Praise Team, Rock Choir, Youth Ministry, the King’s Kids Children Ministry, and several Discipleship classes. She is a member of the Jubilee Ladies.

Currently, she volunteers in several roles at Rock Church – Drama Ministry Leader, Call to Worship Team Leader, Praise Team, and Director of Special Events. As the Events Coordinator, Sheila was the overseer of many events at Rock Church, including the Milestone Celebration for New Rock Church, Thanksgiving Day lunch for the homeless, and the Rock Church Christmas Concert.

Sheila has an Associate Degree in Legal Secretary and a Master’s Degree in Theatre Education. She is a retired teacher who enjoys spending time with her 18 grandchildren and 6 great-grandchildren.