In 1983 Raleigh Washington (left), a product of Jacksonville, Florida’s housing projects, was commissioned to plant a church in the Austin Neighborhood of Chicago. He was introduced to Glen Kehrein (right), a Wisconsin farm boy, who said the new church could meet in Circle Community Center, of which he was the executive director. As the two men got to know each other, a dynamic partnership was formed which greatly benefited both Rock Church and CCC. Their wives, Paulette Washington(left) and Lonni Kehrein (right), also formed a partnership. 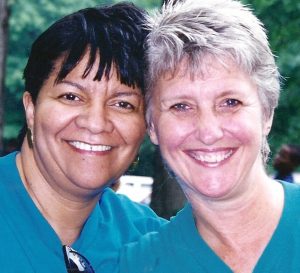 Unlike most of the “white” churches that had fled to the suburbs. Rock church was reaching out to the poor in what had become a “throw-away community”. The social services provided by CCC drew many people who were looking for quality health care, affordable legal services, family counseling, and youth programs. Pastor Washington wanted the church to meet the spiritual needs of the people CCC served, so he went door to door to invite residents to the newly-formed Rock Church.

In 1984 Rock and CCC were blessed with an incredible facility when they were able to purchase the former Siena High School campus. Abandoned and stripped, the buildings had seriously deteriorated and were becoming a detriment in the community.  Pastor Raleigh, Glen, and individual donors partnered to get the buildings renovated enough to occupy.

As a result, Rock Church moved its worship services, offices and weekday activities to this new location on the corner of Central and Washington. At this point, Circle Community Center became Circle Urban Ministries and was able to add programs providing emergency shelter and food.

The fledging church grew to include a dynamic choir and traveling ensembles, Christian education for children and youth, and missions outreach.  Most of all, Rock Church emphasized community outreach and racial reconciliation.  In 1985 the church held its first annual “Harvest” featuring several days of community luncheons for hundreds, children’s day camp activities, and a free Carnival and Bar-B-Que the last day. “Harvest” continued each June for twenty-five years.

Both Pastor Raleigh and Glen had enough life experiences to recognize that for a truly multi-ethnic church to succeed there must be intentional dimensions in place. The church must be purposeful about being a welcoming home for people of all cultures as well as working diligently to ensure its entire ministry and administrative structures adequately represent and involve each culture.

In 1993, Glen Kehrein and Raleigh Washington co-authored Breaking Down Walls outlining practical steps to work toward racial reconciliation.
The Eight Principles of Reconciliation presented in the book were gleaned from their years in ministry together. This led to “Fudge Ripple” Sundays, a regularly scheduled church forum for frank communication about racial differences. Apparently, these are no longer needed. The staff and volunteers of Circle and the Rock Church represent a racial diversity that we are determined to nurture by savoring our differences while capitalizing on our commonality in Christ.

The internal ministry personnel had grown sufficiently enough to support Pastor Raleigh’s now frequent external speaking engagements on behalf of Rock Church and Circle Urban Ministries.  Glen Kehrein and the Rock Church Ensembles often joined Pastor Raleigh on these engagements which led to significant financial sponsorship for both organizations.  Pastor Raleigh became known in some circles as ‘the Jackie Robinson of the Free Church’ because he was, at the time, the only African-American pastor in the U.S. Free Churches.  Rock Church and Circle Urban Ministries were becoming nationally known.  The national media, magazines and television networks, featured Rock Church with its focus on racial reconciliation and impact in an urban setting. “A Church Built on Multi-Racial Pillars” is how the church was described in a Christian Science Monitor article in 1997.

In 1998 Pastor Raleigh joined the leadership staff of Promise Keepers, a national men’s movement.   He was replaced by A.L. Washington, who in 1991 had become Chaplain at Circle Urban Ministries.  Following his passion for disciplining men in recovery from addiction, A.L. Washington founded and pastored Transformation Crusade Ministries, a residential recovery home and church which merged with Rock Church when he was installed as pastor Under the leadership of A.L. Washington (Pastor Lincoln), the focus of Rock Church remained on community outreach, racial reconciliation, missions, discipleship, and partnerships.  Harvest grew to a weeklong event and outreach on the streets of Austin increased. Glen Kehrein (right) and Pastor A.L. Washington (left):

Rock Church secured a loan of $4M to renovate the building at 5618 W. Washington to support the needs of the community through Catalyst School.   Now the three institutions intertwine resources to support the educational, social, and spiritual lives of not only the students and parents of over 500 students but also the residents of the surrounding Austin community. Below–Exterior before and after:

Unfortunately, the auditorium was not remodeled because the money ran out.

Pastor Robert L. Stevenson (Pastor Rob), who had served as youth director both at Circle Urban and Rock Church, now serves as the Pastor of Rock Church and is on Circle’s Board of Directors.  Pastor Rob has been instrumental in stabilizing the church in the wake of the departure of Pastor Lincoln and Glen, both of whom were long-term innovative leaders.  As a result of Pastor Rob’s knowledgeable shepherding, Rock Church stands strong and solidly committed as always to the Austin community. Pastor Rob: 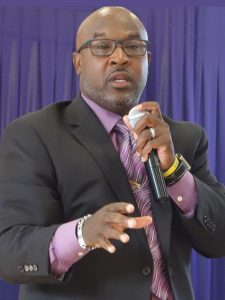 On March 22, 2019 we held the Dedication of the Kehrein Fine Arts Center as the sanctuary of Rock Church. See more pictures of the Milestone Celebration here. 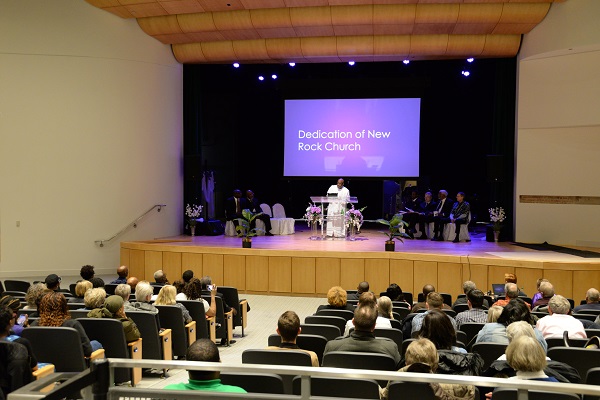 The heart of the congregation is set on participating in “Thy Kingdom come . . . on earth as it is in Heaven”.  Rock Church still ministers to the whole person through a network of interdependent programs. Together, we are salt and light in the Austin Community. Today Austin is a community in recovery. Partial credit for this recovery is due to a unique partnership between a church, a Christian community development agency and an on-campus elementary school that have worked together for nearly three decades.  Our future is bright. We are reaching out to our Austin Neighborhood so that they will be able to Thrive! 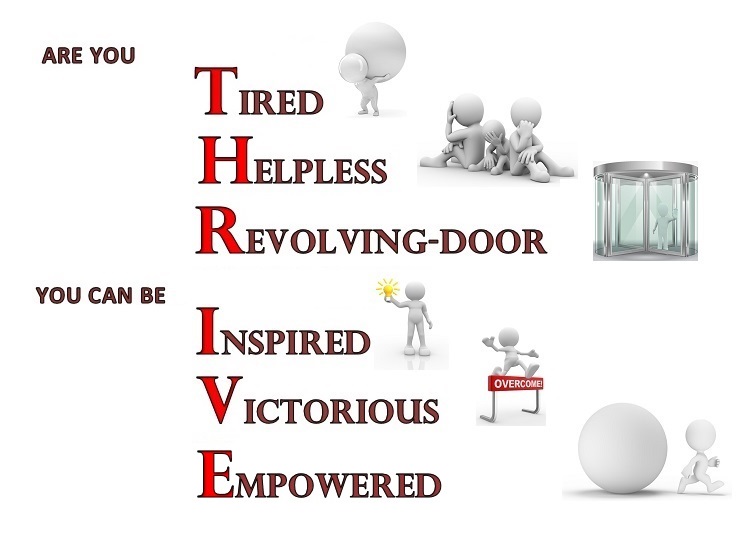