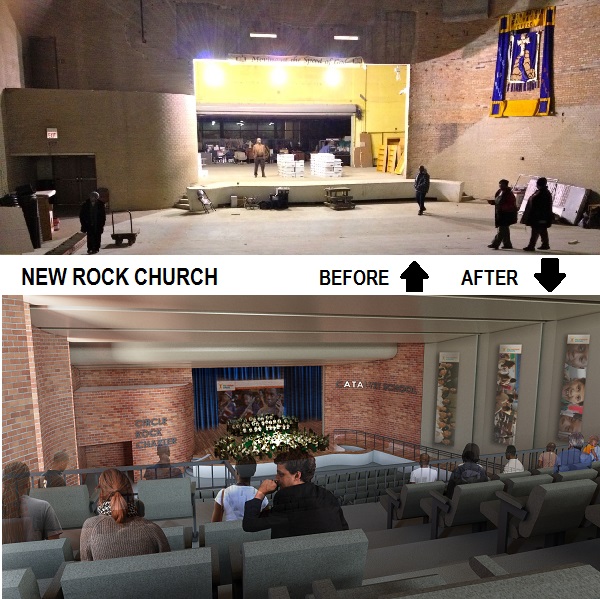 The Auditorium looks about the same as it did in December of 2012 on The First Prayer Walk as all Rock members who visited it on New Year’s Eve and New Year’s Day can attest.

But Catalyst Schools has bought the school and the ‘Phase 3’ area and a new Capital Campaign will be coming!

Rock Church will be raising money for the Church Offices and the Baptistry since Catalyst will not be using those areas. Stay tuned for further developments!

The earliest Rock Church could begin using the auditorium for worship services would be in 2018.

Architect’s Renderings Now and Then

Architect’s Rendering of Lobby in the Future

Architect’s Rendering of Auditorium in Daylight